A selection of our Speakers

Presentation: Coming off the bottom: what has been learned and what to expect from IoT security

Prior to these positions, Tyson was Security Liaison Officer at Bell Canada from 2005 to 2012. From 2001 to 2005 he was Director of Risk Management for the U.S. defence contractor Electronic Warfare Associates (EWA), and founded General Network Services an Ottawa-based security firm in 1996.

Tyson has been a security researcher and lecturer since the beginning of his career with a personal syllabus of four books, dozens of periodical publications and international standards contributions, and two registered patents in security. Tyson continues to support the development of engineering and security standards through the International Standards Organization (ISO) and the Professional Engineers of Ontario (PEO). 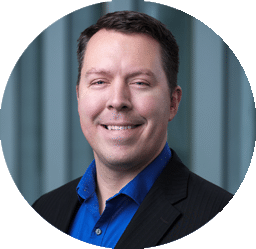 Presentation : A Quantum of Safety – Rooting Trust in a Quantum World

Mike is the CTO and co-founder for ISARA Corporation. He is focused on the technical vision and direction for the company.

Previous to ISARA, Mike was the Vice President of Security Product Management and Research at BlackBerry. Mike has spoken at many global security events and holds a Masters of Mathematics from the University of Waterloo, focusing on cryptography.

A Quantum of Safety - Rooting Trust in a Quantum World

The forthcoming arrival of the quantum computer threatens current cryptographic systems. Embedded roots of trust and code signing are currently of particular concern for vehicles, IoT devices, and other equipment where in-field updates can range from financially prohibitive to logistically impossible. We discuss quantum safe signature options for this purpose and their implementation on HSMs.

The focus of this talk will be practical in nature – understanding the challenge presented by quantum computers and discuss solutions that are available to protect IoT systems.  In many ways, the IoT industry can look to the scope of the Y2K problem for how to approach the coming quantum threat – but with the added complexity of not knowing the date!

Hardware roots of trust bring special requirements with them as they commonly live in systems that have long product lifecycles and long in field support requirements.

Mike will explore these themes along with the work in developing quantum-safe solutions. 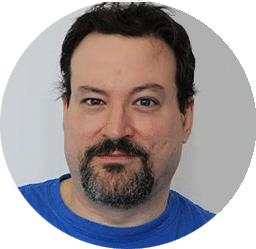 Presentation : Secure, zero-touch Bootstrap for the Internet of Things

Michael Richardson is a self-taught programmer and consultant, and has been involved with network security systems since 1988.  After working in nearly every aspect of Ottawa hightech, Michael was a founding employee at Milkyway Networks in 1994, and Solidum Systems Corporation in 1998. While at Milkyway Networks, Michael was responsible for developing the VPN components of the BlackHole firewall, the policy engine, and all kernel components.  Solidum designed and sold hardware – IPsec being an important target. Michael is a system software designer and protocol designer. Michael is involved on a daily basis with at the IETF. He is an author on RFC3586, RFC4025 and RFC4322.

Michael was has architected a number of IPsec systems, including closed source systems at SSH, work on KAME code in BSD, and work on the Linux FreeS/WAN project. In 2003, Michael founded Xelerance Corporation to support Linux open source security products, including Openswan.  In 2009, Michael joined CREDIL.org as a Founding Maker.  Since 2010, Michael has been involved in IETF efforts to provide security to Internet of Things devices, including creating reference designs for key specifications, such as RFC8366.

Secure, zero-touch Bootstrap for the Internet of Things

This technical and educational talk will discuss the IETF standard secure bootstrapping system (BRSKI) developed in the ANIMA and 6TISCH Working Groups.  The assumptions behind BRSKI are explained, along with an explanation of the moving parts required to build a successful system.  The system described deals the questions: “Who is this device?  What is its identity?”, “Is it mine?  Do I want it? What are the chances it has been compromised?”, and “Should I join this network?” 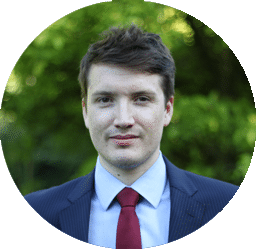 Presentation : Networks are inherently insecure; we need layered, secure-by-design approach for protecting our businesses, data and the public

Philip Griffiths has a passion for IoT and how it can provide business outcomes ever since he got involved 2 years ago – nothing better than taking a pen to a white board. He is Head of EMEA Partnerships and Alliances for NetFoundry. Prior to this he worked for Atos IT Services in various roles from IoT Strategic Partner Manager to Programme Manager.

Networks are inherently insecure; we need layered, secure-by-design approach for protecting our businesses, data and the public

“Networks are designed to share information, not secure it, they are inherently vulnerable” – US National Security Agency.

Security breaches happen in every industry and incidents are on the rise; 2018 had the first instances which could have led to deaths. Security can no longer be secondary concern as shown with products such as Connected Vehicles.

While security can be broken, a layered secure-by-design approach is the best way to secure data and your business; these layers are zero trust (do not trust network), software defined perimeter, least-privilege-access and hardware root of trust (vehicle example).

Philip’s talk will explore how a layered secure-by-design approach can provide increased safety for users, security from silicon-to-cloud and address common threats such as DDoS, MITM, spoofing, physical attack.